The Homestead Air Reserve Base (HARB) encompasses a total of 1,943 acre, with an extensive fresh-water canal drainage system (total of approximately 80,000 linear feet) consisting of a series of drainage ditches and canals within and along the base boundary.  Other aquatic environments on the base include three artificial lakes and a stormwater reservoir. In addition to the lakes and canals, there are 232 acres of previously delineated jurisdictional wetlands present within the boundaries of HARB, the majority of which are located in and around the airfield.  Smart-Sciences is performing three major tasks associated with these habitats: 1) Baseline Fish Population/Distribution Study; 2) Twin Lakes Wetland Feasibility Study; 3) Phantom Lake Improvement and Constraints Evaluation Study. 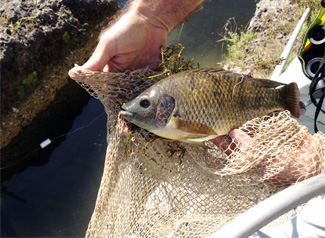 Smart-Sciences is leading a team that is evaluating the distributions and populations of non-native and native fish species within the aforementioned waterbodies and wetlands at HARB using electofishing, minnow traps, crab traps, seine netting and visual observations. The results of the baseline study will allow HARB the opportunity to develop mitigation and monitoring procedures for the enhancement of the existence and diversity of native and intentionally introduced fish species on base. Additionally Smart-Sciences performed a study of two former burrow pits (Twin Lakes and Phantom Lakes) with associated wetland marsh areas. The upland area surrounding Phantom Lake is a remnant pine rockland with variety of native trees and plants, including state listed plant species. The purpose of the two studies is to establish the baseline conditions of the two lakes areas through the performance of detailed botanical/ecological assessments of the presence and extent of both native and non-native plant and wildlife species. This information will be used to identify habitat improvements to restore the marsh areas and fish populations and surrounding upland areas and to identify recreational opportunities. 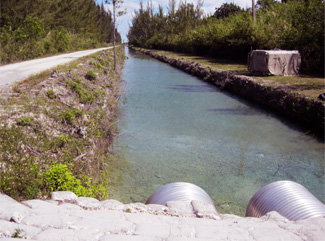