Littoral Shelf Restoration
A Miami-Dade County Department of Environmental Resources Management (DERM) permit was issued to facilitate the 50-year life of mining activities under the Lake Belt Plan. Under this permit Titan was required to complete 72.8 acres of littoral marsh habitat as upfront mitigation for impacts to wetlands prior to1990. 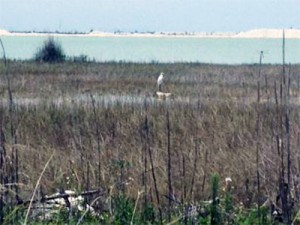 The mitigation areas were constructed within Pit B-C (52.7 acres) and Pit E (20.1 acres) in the 1980s. Since that time, exotic and nuisance plant species have encroached into these areas and in Pit E soil erosion has occurred leaving several bare areas. Smart-Sciences’ staff assisted Titan with restoring these littoral marsh areas to be in compliance with the permit.. Smart-Sciences’ staff evaluated the plants, soil conditions, topography and hydrology of each Pit littoral marsh area. This information was used to develop a planting plan for bare areas within the marsh area in Pit E. Smart-Sciences’s staff also prepared the Monitoring and Maintenance Plan for each Pit littoral marsh area, which was approved by DERM. Smart-Sciences staff conducted the Time Zero Monitoring in 2011 and led the First, Second and Third Annual Monitoring in January 2012, 2013 and 2014. Vegetation monitoring involves performing 14 two meter wide transects throughout the site, with one representative one meter squared plot on each transect. Eight permanent photo documentation stations are also monitored. Monitoring reports were submitted to DERM, to gauge if the littoral shelves meet permit success criteria. Smart-Sciences recommended that Miami-Dade County release the site from mandatory monitoring due to the success of the exotic removal and increase in native vegetation. The site was released from monitoring in February 2014.

Wildlife at Work Certification
Smart-Sciences’ staff was in charge of obtaining a Wildlife at Work certification from the Wildlife Habitat Council for Titan America’s Pennsuco Plant, Pit B-C littoral shelf. Smart-Sciences’ staff led a team of biologists to monitor the site to evaluate the prevalence of amphibians, reptiles, fish and invertebrates, and collect photo-documentation, 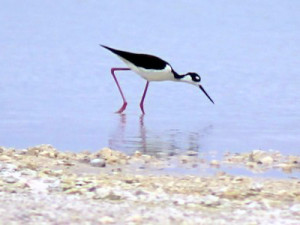